It’s not often I am asked as a lifestyle photographer to shoot a real truffle hunt. To be honest, before being contacted by Truffle Hunter I hadn’t even tried truffle. Intrigued by the whole process of hunting for truffles, I jumped at the chance to take on this project.

As a lifestyle photographer in Cornwall its great to get away from the Southwest and shoot in new exciting locations.

After a very long journey to an undisclosed site, I met with the team that I would be joining on the hunt. Disappointed by the fact that I would not be chasing pigs around the forest, (which I was gutted about!) I came to realise that the dogs they use have an unbelievably good sense of smell. It wasn’t long into the day and we had our first truffle, a rather small, black, bumpy gem!

A Lifestyle photographer on the hunt

With good weather, some crazy dogs and quite a few cups of tea, I was running around like a madman. With adrenaline running through my body, I was sad to see the day come to an end, all in all being a very successful hunt.

As a photography brief, this project was rather simple: document the hunt and finish up with a few recipe shots. The images were to be edited to give grit and drama to the hunt, portraying an early morning setting with a mixture of both colour and black and white shots.

Thanks for this one Truffle Hunter, it was a shoot to remember. 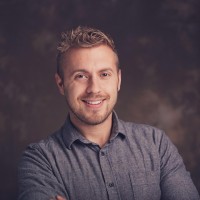 Elliott White If you are looking for a photographer to give your brand or product a visual identity then give me a call and hopefully I can help - 07597930398 or email me - info@elliottwhitephotography.com